Disney: reach and innovation will ensure future of broadcast 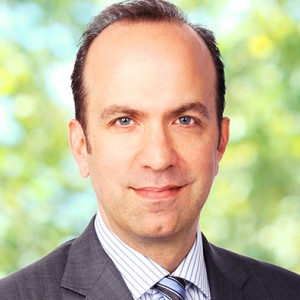 Broadcast television remains in good health, with a strong future ahead if it focuses on innovation and the inherent advantage of its global reach, according to Disney exec Ben Sherwood.

Speaking at the NAB Show in Las Vegas yesterday, the co-chairman of Disney Media networks and president of Disney ABC Television said that TV obituaries were familiar to those in the industry and had recurred since the 1960s, but had consistently been proved wrong.

“Every decade, TV breaks new ground and new records,” said Sherwood. “Every time there has been an existential crisis, we in broadcast not only overcome those challenges but seize new opportunities.”

He said broadcasting is still the only way into every single home in the US, reaching 120 million households in the country. “That is our competitive advantage”.

Sherwood warned: “this is not a time for complacency but for urgent, smart action”. He claimed that more content is uploaded onto YouTube every day than broadcast TV has created, while there are now about 25 ways to watch any single piece of video.

He said that broadcasters had to take advantage of their strength by building communities and connection. “We can bring people together in ways no-one can match,” said Sherwood. He added that broadcasting contributed US$1.24 trillion to America’s GDP and “no app or device is going to replace that relationship”.

Sherwood said that TV counted in millennials’ lives, with TV shows dominating discussion on social media. Broadcasters now have to renew their focus on innovation. As an example he said that ABC had built on its OTT leadership to pioneer ‘three-way distribution’ relationships. “We are rolling out Clearinghouse with DirecTV and Sony,” he said. This has enabled Hearst Television affiliate stations to extend their reach.

Another thing broadcasters have to do is “make great stuff”, said Sherwood. Broadcasting remains committed to “telling great stories” and “the best of broadcast is yet to come,” he claimed.

Answering questions posed by NAB chairman Gordon Smith, Sherwood said that content creators “deserve to be fairly compensated” for their content, a reference to the vexed question in the US of retransmission consent rights for the broadcast of channels on cable.

Addressing some of the changes that he saw in the US TV landscape, Sherwood said that technology now allowed anyone with a camera to tell stories and distribute them widely, and that many more voices were now making themselves heard – and seen – than had been the case in the past.

On the question of diversity in US TV, he said that Disney had made an effort to create content that “looks like this country” by being as inclusive and democratic as possible in the range of voices it embraced. Being “all-inclusive” is what makes broadcasting strong, especially in “a divided country”, he said.