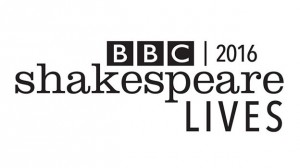 UK on-demand service BBC iPlayer will launch a pop-up channel that represents the first time it has offered third-party content on the platform.

A ‘Shakespeare Live’ portal had been created to commemorate the 400th anniversary of the death of celebrated British playwright William Shakespeare.

This will include content from the Royal Shakespeare Company, the British Film Institute and other arts organisations, marking the first time non-BBC programming has featured on the service.

This will include the RSC’s Richard II production, which stars David Tennant, from 10.30pm GMT on Saturday (April 23), with other stars such as Ian McKellen, Adrian Lester, Germaine Greer, Ralph Fiennes, Simon Russell Beale, Lauren Cuthbertson and Edward Watson contributing.

The BBC and the British Council will co-curate Shakespeare Lives

Various reports in recent months have suggested executives in charge of the iPlayer are increasingly open to allowing content from rival broadcasters such as ITV to stream on the platform.

“For the first time, the BBC will be showcasing the great talent we have in our leading cultural institutions on BBC iPlayer. It’s another step towards an open BBC – something we all believe in,” said BBC director general Tony Hall.

Last month, the BBC was said to be in talks with ITV and NBCUniversal about launching a streaming service to rival SVOD platforms such as Netflix.