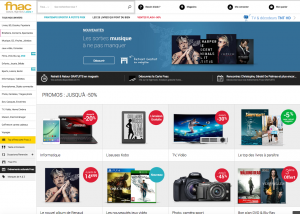 Vivendi has taken a minority stake in French electronics, music and video retailer Fnac as part of what it describes as “a strategic partnership to launch a cooperation plan dedicated to cultural activities”.

The investment, which will seen Vivendi take a 15% stake in Fnac for €159 million, comes hot on the heels of its acquisition of Mediaset Premium and wider strategic partnership with the Italian broadcaster.

Vivendi said the partnership with Fnac would focus on the “enhanced visibility of cultural content”, which could involve distribution partnerships. The pair will also cooperate in the live event business and establish privileged access to each other’s digital services for customers of the two groups.

Vivendi has been keen to establish key partnerships to secure new routes to consumers for its content, and the Fnac deal has been seen in that context.

For Fnac, the deal potentially represents a way to secure a content partnership that will put it in a better position to compete with the likes of Amazon.

Fnac has recently been engaged in a losing battle with South Africa’s Conforama to acquire smaller retail outfit Darty. Conforma last month placed a higher offer than Fnac’s for the group, and there has been some speculation that Fnac could return to the fray with Vivendi’s support.

Vivendi will have the right to nominate two members of Fnac’s board. The deal is subject to approval by Fnac shareholders.