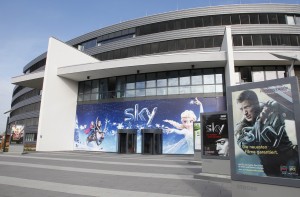 Sky in Germany is set to lose its exclusive grip on Bundesliga football rights after the Federal competition regulator, the Bundeskartellamt, ruled that the German Football League (DFL) must sell the next set of TV rights to more than one buyer.

The Bundeskartellamt approved a new selling structure proposed by the DFL on condition that the organisation and its parent, the German League Association, implement a ‘no single buyer’ rule. In future, no single buyer will be able to acquire all rights to broadcast the live Bundesliga matches.

Under the new rules, between 30 and 102 matches out of a total of 306 should be purchased by an alternative bidder, whether applied to all distribution channels or only internet and mobile streaming. The split must also include rights to highlights coverage.

The Bundeskartellamt said it had not applied a stricter definition of the way the rights should be split because of the relative strength of free TV in Germany and the early broadcasting slot available for ‘near real-time’ rights, which are currently held by pubcaster ARD. The DFL has said it will maintain this model in the future.

Defending this new approach, the watchdog said that the experience of countries such as England and Italy with the Premier League and Lega Calcio rights respectively showed that a no single buyer rule did not mean that consumers would be forced to buy more than one decoder to view all the games available.

The DFL announced the tender for the rights to the 2017-21 Bundesliga and DFL Supercup competitions last month, making live and time-shifted rights available across multiple platforms.

“For us it was important to have rules which ensure that more than one single bidder gains the live rights to Bundesliga games. As long as there is only one holder of live rights in the market, there is the danger that innovation competition, especially from internet-based offers, will be restricted,” said Andreas Mundt, president of the Bundeskartellamt.

“As experience from other countries, e.g. England, shows, such a model does not usually mean that consumers need more than one subscription to be able to view all the games. Rights holders can also grant one another sublicences. In addition to this there should also be offers which only show some of the live games.”