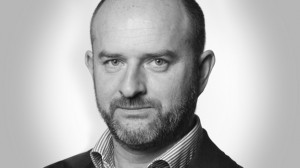 Strong viewing figures for new BBC Three drama Thirteen shows that the youth network’s content “cuts through with a young audience wherever it is,” according to Damian Kavanagh.

In a blog post that marks six weeks since BBC Three moved online-only, the network’s digital controller said that Thirteen has had over 2.4m requests so far – the same figure achieved by the last episode of established BBC One drama Sherlock when it was available in January.

“Our new drama Murdered By My Father is up there now [on iPlayer]. It had 850k requests in under a week before it aired on BBC One, and now has over a million. Cuckoo: Birth is at 1.2 million and Life and Death Row: Execution and Sex In Strange Places: Turkey are now both over a million,” said Kavanagh.

“It’s great our shows are reaching our audience but I want more than numbers to define success. Appreciation, engagement and impact with our audience are just as important today.

“These are early days for BBC Three but I’m overjoyed with what we’ve achieved so far. It’s a marathon not a sprint but so far we’ve exceeded expectations. We’re iterating what we do with people, products and content and in many ways chose the harder path.

“We know transforming the BBC’s offer for young people won’t happen overnight, but with what we’ve achieved so far, and what’s coming the future‘s bright. We’re building a fantastic team and working in new ways that are paying off, and earlier than we expected.”