Molotov strikes deal with Canal+ ahead of July launch 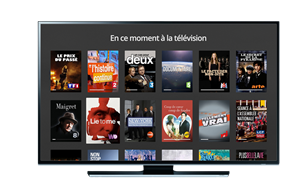 French OTT service Molotov is to publicly launch on July 11. The service, which is backed by former Canal+ chief Pierre Lescure along with co-founders Jean-David Blanc and Jean-Marc Denoual, has also announced that it has signed a distribution deal with Canal+ that will see a range of free-to-air and premium movie channels made available to Molotov users.

Molotov will be available to users free of charge and will be accessible across multiple devices including computers, smartphones, tablets and connected TVs.

Blanc said “After months of hard work, user tests and analyses, we are very pleased to offer a new television experience this summer. One that is free and fully focused on what viewers expect from television in the 21st century. More than ever, we are convinced that television has an outstanding value proposition, provided it is delivered through the right user experience.”