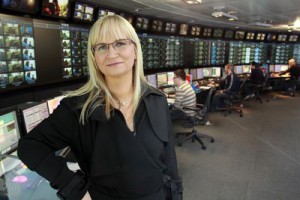 Prior to joining Discovery in 2009, she was a senior channels exec at Turner.

She will now take control of RTÉ in Ireland. Local reports said the RTE board met today to approve her appointment. She replaces the outgoing Noel Curran, who is set to exit the broadcaster at the end of the month.

“The appointment of Dee Forbes stands to mark a significant moment in the development of RTÉ,” said Moya Doherty, chair of the board, RTÉ. “Not only is this the first Director-General in almost fifty years to be appointed externally, but she will also be the first female to hold the role.

“RTÉ is at a pivotal moment, one where the future shape and financing of public service broadcasting is being re-imagined. I am delighted to have someone with such a breadth of industry experience, such a creative and visionary understanding of the global broadcasting market, and a proven management record.”

JB Perrette, president of Discovery Networks International thanked Forbes for her tenure at the company. “Over the past six years, she spearheaded the growth and diversification of our European businesses, including expanding our leading content genres and brands from male factual to female lifestyle to general entertainment and sports.”

He added: “She also led the team that extended the reach of our content beyond pay-TV services by launching successful free-to-air channels in several markets. Although Dee will be missed, she leaves behind a strong business and a talented team, and we wish her well as she returns to her beloved homeland.”

Forbes said: “I have thoroughly enjoyed my time at Discovery. It is a world-class media company with huge ambitions, inspirational leadership in David Zaslav and JB Perrette, a passionate workforce, and a promising future.

“Although it was a tough professional decision to leave Discovery, the personal decision to return to Ireland and lead its biggest broadcaster, RTE, is an opportunity of a lifetime.”