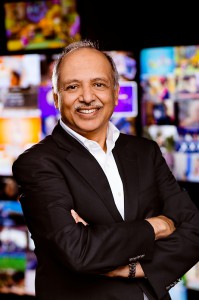 OTT service and technology company Magine plans to provide its platform to third-party content providers in 20 countries by the end of this year, according to CEO Ambuj Goyal.

Speaking at a closed session at the recent Connected TV World Summit, Goyal said that Magine will create a “TV superhighway” that would allow anyone to publish content and decide what usage rules should be enforced. He said that the platform will enable content providers to deliver live and on-demand TV.

Magine’s model is primarily to team up with local partners to distribute third-party content in that territory, opening up otherwise marginal local markets to content providers globally. Magine has already launched the service in Thailand, where Goyal said that “a local partner became a virtual MSO in six weeks” with the rights to distribute English Premier League rights.

“We are building [our service] in 20 countries with local sales and marketing. We can create ‘virtual MSOs’ all over the world,” said Goyal. “This is a ‘rest of the world’ strategy. Most major content providers make money in only a few markets, but my view is that smaller players will drive change.”

Goyal said that a few major players like Netflix had adopted a strategy of securing global rights to the content they distribute “which closes distribution down”.

Goyal said that Magine was targeting local companies of many varieties that want to set themselves up as distributors as well as telcos and more traditional providers. He said that the company was encouraging content providers to set up simple licensing rules that could fit the business requirements of distribution partners in multiple territories. He said that Magine could be used by producers to distribute their content independently or by majors to target territories that would be otherwise too marginal for their business model.