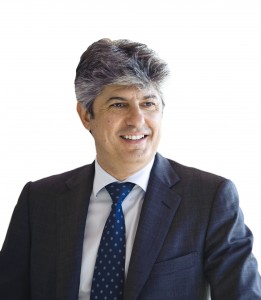 Telecom Italia has confirmed that it is in talks with CEO Marco Patuano over the terms of the latter’s departure, following weeks of speculation over his future.

Responding to a request by market regulator Consob, Telecom Italia confirmed that “negotiations are ongoing with the chief executive officer aimed at the definition of an agreement – to be submitted to the relevant corporate bodies – on the consensual suspension of the offices held by the CEO within the group.”

The telco said that “no communication about resignation or surrender of the office has been presented” to date.

According to local reports, Patuano decided to step down last week. Telecom Italia’s largest shareholder Vivendi, which now has a 24.9% stake in the operator, had been pressing for Patuano’s departure amid disagreements over strategy and perceived lack of progress in improving the company’s performance.

The running of the company at an operational level will be led in the interim by Telecom Italia president Guiseppe Recchi ahead of the appointment of a new CEO, who will be chosen by Recchi and the nomination committee. The latter now includes new Telecom Italia board members Vivendi CEO Arnaud de Puyfontaine and chief operating officer Stéphane Roussel.

Flavio Cattaneo, currently CEO of railways firm NTV and a former chief of public broadcaster Rai, heads the pack of potential replacements for Patunano, who joined Telecom Italia in 1990 and took over as CEO in 2008.

Separately, Italian press reports suggest that Vivendi and commercial broadcaster Mediaset may be close to a deal that will see the pair cooperate in premium TV and the development of OTT offerings.

According to La Repubblica, citing unnamed sources, a deal is in the offing that could involve an exchange of shares between the two groups and the management of Mediaset’s pay TV service by Vivendi.

Former Italian prime minister and Mediaset chief Silvio Berlusconi however told the RTL 102.5 radio station that Vivendi’s involvement with Mediaset will be restricted to collaboration over content and will not involve any takeover by Vivendi of the Italian broadcaster.