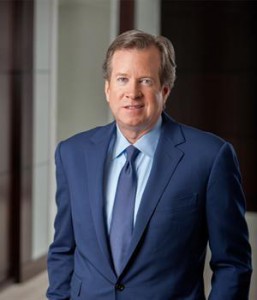 Viacom’s COO, Thomas Dooley, has been handed a new contract following the news the US media giant had created a new lead independent director role.

His previous deal was due to finish at the end of the year, having been COO since 2010 and first joining Viacom in 1980.

His appointment closely followed that off long-term Viacom board member and ex-Verizon chairman Frederic Salerno being appointed lead independent director, who will serve as a liaison between executive chairman, president and CEO Philippe Dauman and Viacom’s independent directors.

Viacom said the move would “enhance” governance practices, though two key shareholder advisory firms, Institutional Shareholder Services and Glass Lewis, warned against Salerno’s re-election to the board this week.

The appointment is a clear attempt to remove shareholder concerns about Dauman’s growing power after he was appointed executive chairman to succeed Sumner Redstone despite poor cable ratings and returns from the Paramount Pictures film studio arm.

“Fred has been a strong leader as a member of our board and his judgment, broad perspective and experiencewill serve him and the board well as he undertakes his new role as lead independent director,” said Dauman.

“I am committed to strong governance practices that are thoughtful, focused and proactive, particularly in this time of transition for the company.

Dauman has tightened his grip on control despite a boardroom battle with Redstone’s daughter, Shari Redstone, who has campaigned to remove him amid concerns about performance and remuneration.

The board, which included Salerno, elected Dauman to the chairman role last month.

Salerno is known as a long-term ally of Sumner Redstone, who controls Viacom through his shareholdings in National Amusements. Salerno was president of Nynex, a New York-based predecessor telco of Verizon’s, which helped Redstone gain control of Viacom in 1994.

He is also a board member of Redstone’s other major media asset, US broadcaster CBS.