Sky to launch UHD on Sky Q ‘for summer’, new Now TV box on the way 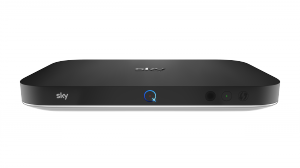 Sky plans to launch UHD TV as part of its Sky Q offering “in time for the summer” as part its ongoing development of the premium advanced TV platform, according to Nick Herm, director of strategy, Sky.

Speaking at the Connected TV Summit in London this morning, Herm said that Sky is looking to offer a range of different products to cater for an ever more fragmented audience with viewing habits that differ between different groups, of which Sky Q is one.

In addition to UHD, Sky is planning to introduce voice control as a new feature on the platform.

At the other end of the market, Herm said that Sky’s low-cost OTT service Now TV, would see the launch of a new box with an integrated DTT tuner this summer. “The barrier to taking this product will be very low,” he said.

Herm said that Sky’s legacy advanced TV platform, Sky+, remains a key product and Sky will continue to improve this  with software updates – including a new EPG and the highlighting of on-demand content. Describing Sky Go as a companion service to Sky+, he said that this had been reframed to “surface on-demand content for people who want to watch that”.

Herm said that Sky wants to cover all bases with different products as audiences and viewing habits become more fragmented. Connected devices are now “very widespread” with two thirds of homes having smartphones and over half having tablets, he said, adding that TVs are increasingly connected to the web. Herm said that ways of connecting TVs to the internet had gained traction over the last 18 months, including smart TVs, which are only now being connected to the web by consumers as the user experience improves. The streaming device category now is used by 10% of UK households, he said.

“There are lots of ways to connect your TV s and there is no longer a one-size fits all model,” said Herm. He said that improvements in broadband speed meant that there “is now an ecosystem to offer services to consumers”.

Herm said that there is now growing competition in the connected TV space, with telcos, retailers, studios and internet companies now competing for viewers’ attention. “Many of these businesses are focused on specific niches,” He said. “Consumers have a huge amount of choice.”

Nevertheless, said Herm, it is clear that people are watching more video, but still prefer to watch content on their main TV screen, which is “here to stay”, he said. Herm said that on-demand viewing is growing, which is leading to changes in how consumers expect to access content. Nevertheless, linear viewing is still the majority of viewing, he said, claiming that recent trends showed that the decline in linear viewing is even slowing down.