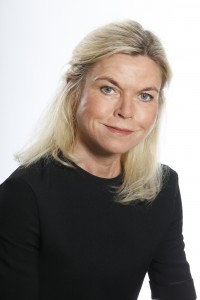 Millennials are the “main disruptive factor” for the TV industry, are increasingly saying “no” to linear TV, and their viewing habits are not changing as they get older, according to Jette Nygaard-Andersen, EVP and CEO, central European operations, Modern Times Group (MTG).

“[Millennials’] consumption pattern and way of watching video is not changing as they grow up,” said Nygaard-Andersen at the Connected TV Summit in London this morning, adding that this was the most significant demographic group by far in terms of the audience TV companies had to address. “This is the largest generation ever in the US,” she said.

While millennials are watching video, 86% do other things while watching TV, she said.

Millennials are turning to self-created YouTube stars and e-sports rather than traditional TV or movie stars for inspiration, said Nygaard-Andersen. E-Sports has a growing following, with a recent event in Katowice, Poland, generating 20 million online views, she said.

MTG had invested in two big e-sports companies last year. Gaming is now second only to music videos in terms of web viewing.

MTG like other media companies, has invested in MCNs over the last few years. Specifically, said Nygaard-Andersen, the company has invested in Zoomin.TV, a global MCN, Splay Networks, which strong in the Nordic markets, and Talents, a Bulgarian MCN with a strong local following.

Nygaard-Andersen said that online is growing significantly in central and eastern Europe, and that MTG has invested in digital video and integrated vertical platforms in this region. “The first thing is building local MCNs,” she said. Premiering Big Brother in Bulgaria generated one million linear viewers but many times that number on digital platforms, she said.

Nygaard-Andersen said that it made sense to invest in a range of MCNs spanning global and local audiences.

She said that MCNs are currently about finding a distinct voice with a brand and focus. It makes sense, she said, to use individual performers’ identities as brands rather than to focus on the brand of the MCN itself.

MTG is now accelerating its investment in digital platforms, following its launch of SVoD platform Viaplay in 2011, she said.

Nygaard-Andersen said that growing consumption of video on mobile is one key trend, adding that it will be crucial to have ad monetisation models that work on mobile.

Social viewing is closely allied to mobile video growth, she said. People are sharing video and views on programmes, but are also increasingly viewing content on social platforms, she said. Nygaard-Andersen said that advertising technology – including the likes of programmatic – was becoming increasingly important, with a growing emphasis on accurate measurement of how content is viewed on different platforms.