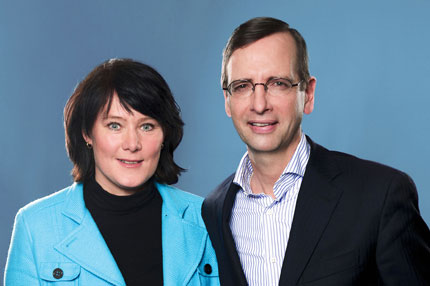 RTL has reported a full-year uptick in profit and revenue as the company’s German operation posted solid growth. Management said producing content and owning rights will be key to further growth, while existing content division FremantleMedia reported an increase in FY2015 revenue, but a sharp decline in EBIDTA profit.

Broadcast and content giant RTL reported group-wide revenues of €6 billion, a 3.8% increase year-on-year. EBIDTA profit of €1.4 billion was up 1% across the same period. It said advertising revenues were up across all of the European territories in which it operates and it expects that trend to continue through 2016.

EBITA profit at the company’s German operations, which include the RTL free-to-air net, were up 5.2% at €684 million. In France EBITA profit at M6 was €205 million, compared to €209 million a year earlier, with a decreased contribution from non-TV diversified activities. In the Netherlands RTL EBITA was €101 million, down €2 million year on year, with the company blaming losses associated with video-on-demand.

Looking ahead, management said it want to make and own more programming.  “Producing our own content and owning the rights to it will be one of the keys for further growth,” RTL co-CEOs Anke Schäferkordt and Guillaume de Posch said in a joint statement.

Management hailed the growing RTL and FremantleMedia digital businesses, which reported revenue of over €500 million and has become a ‘third pillar’ of the business, management said.

Expanding digital and growing the content business are key goals, Schäferkordt and de Posch said: “The first [goal] is to further expand and develop our digital businesses where global scale in content aggregation and advertising technology becomes ever more important.

“The second goal is to further grow content production, because we’re certain that producing our own content and owning the rights to it will be one of the keys for further growth. As part of this strategy, FremantleMedia is making sound progress to increase its creative diversity.”

RTL said 10,313 hours of FremantleMedia content went out around the world last year, a 2% increase year-on-year. Revenue of €1.5 billion was up 2.6% on the previous year, but EBITDA profit of €125 million was down 16% with RTL blaming reduced profits from American Idol, which is winding down, and an increased investment in new content.

“Our focus in 2015 has been on increasing our creative diversity and investment to deliver improved revenues in the future,” said Cécile Frot-Coutaz CEO, FremantleMedia. “We’ve been very active in the M&A arena with new investments and partnerships across scripted, entertainment and factual.”

RTL said revenues from scripted will take a larger share of FremantleMedia revenues going forward and it expects the company’s revenue to ‘grow moderately’ this year and EBIDTA profit ‘to progress’.