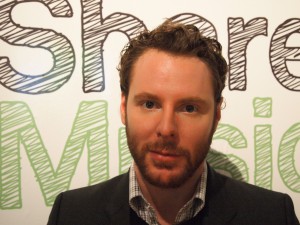 The co-founder of influential music sharing platform Napster is behind a new on-demand service planning to shake-up the theatrical movie release window.

Sean Parker, who was also influential in Facebook’s establishment, reportedly wants the US studios to back his new venture, The Screening Room, which he is leading another tech entrepreneur, Prem Akkaraju.

The Screening Room’s model is to offer new release movies on the same they hit theatres, through a US$150 set-top box. The company claims to have developed anti-piracy technology that keep the releases secure.

Users would pay US$50 for a 48-hour window for a new movie. According to Variety, The Screening Room would offer as much as US$20 of that to the studios, in a bid to attract them to the venture. Distributors would also get a reported 20%.

Furthermore, The Screening Room would offer customers paying US$50 two free tickets at a movie cinema of their choice. Variety reports that Parker has told the studios he is close to closing a deal with AMC Entertainment, the theatre chain that’s set to buy rival Carmike Cinemas and create the world’s largest film exhibitor.

Variety’s sources say Universal, Fox and Sony are all showing “serious” interest, though The Walt Disney Company has not shown any enthusiasm. However, a problem may lie in the belief The Screening Room wants to be the exclusive content partner for the studios’ movies, which could, for example, put off Sony, which owns the PlayStation video game console and often puts content out through it.

This is the latest attempt to circumvent the theatrical window, which often lasts 90 days-plus.

Universal Pictures attempted to launch 2011 comedy Tower Heist less than three weeks after its theatrical run, but delayed the move in the face of boycotts, while Netflix and Amazon Prime Instant Video have both attempted to disrupt the window by acquiring exclusive rights to new movie projects.