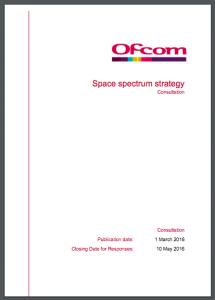 Ofcom claims that 30 ultra HD channels, plus a growing number of HD channels, could “readily be accommodated” within existing spectrum allocations for direct-to-home (DTH) satellite TV in the UK.

In its Space Spectrum Strategy consultation report, the UK broadcast regulator said the channels could be broadcast from existing orbital locations thanks to anticipated use of more efficient technologies like DVB-S2 and the introduction of HEVC.

“For contribution and distribution of broadcast content, there are more options for expanding capacity than DTH. This is because the earth stations used by broadcasters can operate to a range of orbital locations, in contrast to consumer DTH antenna which are fixed to a single orbital location,” said Ofcom.

“Building on our analysis that DTH has sufficient capacity and can accommodate the move to UHD at a single orbital location, we believe that contribution and distribution of UHD content will also be possible within existing spectrum allocations, given the additional options for capacity open to them.”

According to Ofcom, two factors will help meet demand for extra capacity – improvements in technology, and the end of simulcasting SD and HD feeds as the latter assumes dominance.

However, the broadcast regulator did caution that some industry stakeholders, including major content providers, have said they believe that “demand for HDTV programming is now approaching maturity and that the demand for UHD 4K will be limited to specific types of content, such as sport.”

The proposed strategy covers the use of spectrum by the satellite and space science sectors – including broadcast TV, global positioning, communications to ships and aircraft, satellite imagery and climate information.

“There is potential for greater benefits in the future and we want to make sure we are focusing our efforts on the issues that will unlock the biggest benefits,” said Ofcom.

The closing date for responses to the consultation, which builds on Ofcom’s overall Spectrum Management Strategy, is May 10.