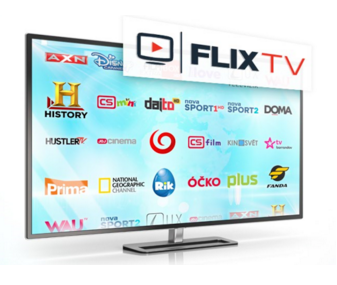 Flix TV, a new DTH package, has launched in the Czech Republic.

Flix TV is offering two-year contracts for a fixed price or the option of taking the service as a pre-paid offering. Set-top boxes are available for CZK2,690, with conditional access modules available for the same price. Encryption is provided by Conax.

Flix TV is available via the Eutelsat 16A satellite at 16° East. The operator, a private company, is using Telekom Austria’s white label platform to deliver the service.