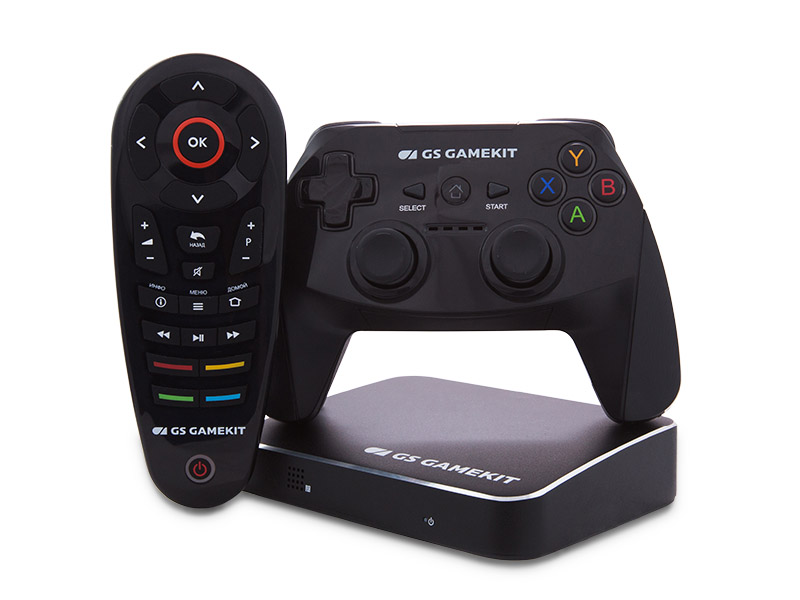 The GS Gamekit is available from General Satellite equipment retailers and from the sales network of the Tricolor TV pay TV service.

GS Group is offering a subscription service, at a cost of RUB990 (€12.30) a year with the first 30 days available free of charge. Games will be updaged on a weekly basis. According to the group, the package will include a range of premium apps and will combine gaming and internactive services within TV programmes. The first transmedia project is Sperasoft-developed Real Russian Hunt. The object, says the company, is to bring gamers from across Russia together through the live broadcasting of ratings and promotional condes that are designed to extend gamers’ capabilities.

GS also plans to launch a series of video game tournaments in the second quarter with prizes available.

The group says that, while the box’s full funcationality is available when connected to the General Satellite server set-top box, it can be used a s full-featured game console without subscripting to satellite TV services.

“GS Gamekit is the first game console available in the Russian market designed for the mass market. In addition to its reasonable price and variety of game content, GS Gamekit users will be attracted by unique online video games tournaments, where they will compete for large prizes unlike game currency or other virtual bonuses. These tournaments will also act as an additional incitement for console sellers: the more devices they sell, the bigger remuneration they will receive. This type of tournament among dealers with over 2,000 participants was already a success. The final phase, held during CSTB 2016, attracted over 200 spectators and fans,” said Tatiana Mikhalevskaya, the head of project department of GS Group.