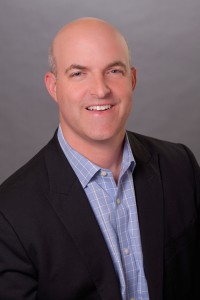 Discovery Networks International has drafted in Mike Lang, the former CEO of US studio Miramax, in a new role.

Lang has been named in the new post of executive VP, international development and digital at the Silver Springs-based broadcast and content group.

He will in part succeed David Schafer, who led digital efforts for international operations until moving to become senior VP of Olympic operations and planning, a move that followed Discovery Communications capturing international broadcast rights to the Olympic Games.

However, Lang’s role is a new one, which also includes corporate development strategy and execution of mergers, acquisitions, joint ventures and divestitures.

However, he is best known as CEO of Miramax, where he built a business with no employees into an international film and TV licensor. He also worked at Fox Entertainment between 2004 and 2010, during which time he helped found on-demand platform Hulu and with the acquisition of social network MySpace.

At DNI he will work out of London, reporting to chief development, distribution and legal officer Bruce Campbell and DNI president J.B. Perrette.

On the digital front, Lang will work with management to accelerate the expansion of the Eurosport Player, Dplay and Discovery K!ds Play, and shape the overall digital strategy.

“As a highly regarded strategist, dealmaker and executive in both the entertainment and digital space, Mike’s vision and relationships combined with our robust portfolio, deep talent and strong momentum, will greatly benefit Discovery’s multi-platform strategy and drive immediate and impactful growth,” said Campbell.

He begins his new role in April.