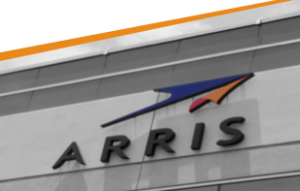 Arris has started laying-off staff in a bid to reduce its global workforce by roughly 10%, following its recent acquisition of set-top box rival Pace.

A spokesperson for the company confirmed reports that Arris is looking to cut roughly 800 people from its combined Arris-Pace workforce, which currently stands at more than 8,000 people around the world.

Arris said that it began notifying employees of the cuts this week, starting a process that will be subject to continuous review. However, it would not reveal which specific regions or divisions it plans to target.

“We are taking steps to drive operational efficiencies and bring our newly combined company together with fully realised synergies as quickly and thoughtfully as possible,” said an Arris spokesperson.

“This is crucial as we look to maintain profitability and meet our commitments to our customers and shareholders. We understand how hard these changes will be for the employees concerned, and we are committed to helping them through this difficult transition.”

Arris said the deal gives it additional strength in the satellite segment and telco TV and expands its cloud, network, home and services portfolio.

The new combined company is incorporated in the UK, with operational and worldwide headquarters remaining in Suwanee in Georgia, US.