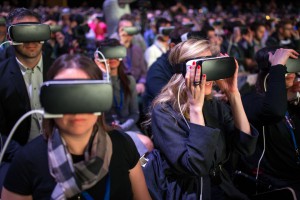 Facebook is setting up a dedicated social VR team and has announced plans to launch its 360-degree video streaming technology on Samsung Gear VR headsets.

Outlining its plans on the eve of Mobile World Congress, which kicks off in Barcelona today, Facebook said that its new social VR team will focus entirely on exploring the “future of social interaction in VR”.

The social network claimed that “millions of people watch 360 videos on Facebook every day”, with more than 20,000 of these videos now available and “hundreds more” being added daily.

“This team will explore how people can connect and share using today’s VR technology, as well as long-term possibilities as VR evolves into an increasingly important computing platform,” said Facebook.

The team will also will work closely with Facebook-owned VR headset company Oculus and other teams at Facebook to “build the foundation for tomorrow’s social VR experiences on all platforms.”

In terms of the Samsung Gear launch, Facebook said it would deploy its 360 technology on Gear VR in the “next few weeks” and said that doing so is a “more efficient way of delivering 360 videos” as it shows only the pixels you’re actually looking at in the highest quality, instead of delivering the entire 360 video in high resolution.

“To make this work, we create dozens of variants for every 360 video that gets uploaded to Facebook, each tailored to a specific viewing angle, and then as you watch the video, we rapidly adjust which variant we display based on where you’re looking,” said Facebook.

“By doing this, we’ve quadrupled the resolution quality of 360 streaming video in VR by reducing the amount of required network bandwidth by 4x — so videos look clearer and play faster.”

Facebook started to roll out 360-degree videos in the service’s News Feed last September, in an effort to take immersive content “a step further.”