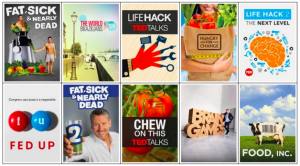 Netflix’s recent expansion to 130 new markets has helped to improve its recommendation engine, according the SVoD service’s vice president of personalisation algorithms.

In a post on the company’s blog, Carlos Gomez-Uribe claimed that Netflix’s global expansion followed a year of intensive research and efforts from dozens of teams across the company to developed and deploy a global recommendation system.

“Rather than looking at audiences through the lens of a single country and catalogue, Netflix’s global recommendation system finds the most relevant global communities based on a member’s personal tastes and preferences, and uses those insights to serve up better titles for each member, regardless of where he or she may live,” said Gomez-Uribe.

“Simply put, tapping into global insights makes our personalised recommendations even better because now our members benefit from like-minded viewers no matter where they are in the world.”

This recommendation helps people in new or smaller Netflix markets, as well as people in more established markets who have highly specific or niche tastes, according to Gomez-Uribe.

He added that the global recommendation system also complements Netflix’s work to improve localisation around the world, with the common goal of delivering a “more personalised service to members everywhere”.

Netflix announced its expansion to 130 new countries at the Consumer Electronics Show in Las Vegas last month, making the service available in most places apart from China.