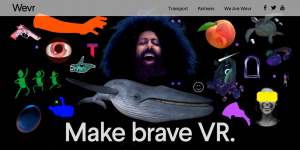 Orange Digital Ventures is investing in Wevr, a supplier of a video hosting platform for VR programming, designed to enable content creators to distribute and make money from their VR experiences.

Content hosted by Wevr will be produced by Hollywood and independent film studios sas well as Wevr itself, which has also developed a VR engine designed to facilitate the creation of immersive videos. The company has already raised over US$25 million (€22 million) from investors including HTC, Samsung, Jerry Jang’s AME Cloud Ventures and Digital Garage.

Orange Digital Ventures is also participating in a US$10 million funding round in DataMi, a sponsored data specialist that provides provides advertisers, businesses and service vendors with a solution that allows them to increase visibility around their products and services on mobile sites and applications, while funding end users’ mobile data consumption. DataMi provides a platform that enables operators to integrate usage into their billing in a similar way to a toll-free number, according to Orange.

In the case of Veniam, which is developing a service to connect urban vehicle fleets, which is already operational in Porto, Portugal, Orange Digital Ventures is participating in a US$22 million fundraising round including Verizon Ventures and Cisco.

Orange Digital ventures, Xange and private investors are investing €5.3 million in KissKissBankBank, which acts as a conduit between financers and young artists and designers.

“The announcement of these four new investments illustrates Orange Digital Ventures’ ability to participate in major international fund-raising rounds alongside major players in the industry, placing it among the most dynamic corporate ventures in France. We are very proud to support DataMi, KissKissBankBank, Veniam and Wevr that embody, each in their own way, some of the most disruptive innovations available both in our preferred investment areas as well as in more exploratory fields,” said Pierre Louette, CEO delegate and president, Orange Digital Ventures.