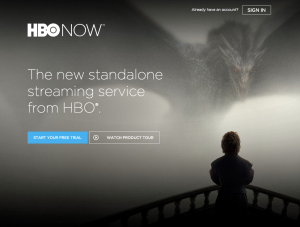 HBO experienced its best two-year period of subscriber additions in the past 30 years, with HBO Now a “significant contributor” to its 2.7 million new US customers last year.

Announcing its fourth quarter earnings, HBO parent company Time Warner revealed that eight years on from its US launch its standalone over-the-top streaming service, HBO Now, has around 800,000 paying subscribers with “enormous opportunity” ahead.

Speaking on Time Warner’s earnings call, chief financial officer Howard Averill said the HBO Now’s subscription revenue “increased sequentially throughout the year” and said the company is “pleased with the early progress” it is making with the service.

“As we move into 2016, we expect the revenue contributions from HBO Now to increase further as we rollout new programming and expand distribution allowing us to invest even more aggressively in marketing the product,” said Averill.

Also speaking on the call, Time Warner CEO Jeff Bewkes said: “We think the combination of an even stronger original programming line-up and best selection of hit Hollywood movies and ever improving digital products will drive continued subscriber growth both at HBO Now and with our traditional distributors.”

HBO CEO Richard Plepler said that the company is “just getting started” with HBO Now, pointing out that the service is still not available on the PlayStation and Xbox – two “major platforms” that account for some 20% of viewing for HBO Go, the authenticated online service aimed at HBO’s linear TV customers.

Overall, Time Warner’s total Q4 revenue came in at US$7.08 billion, missing Reuters estimates of US$7.53 billion and down year-on-year from US$7.53 billion.

Operating income for the quarter was US$1.39 billion, down slightly from last year. However, the company raised its adjusted profit forecast for 2016.