CanalSat launch for Sundance in France 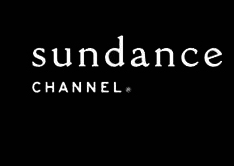 The international Sundance Channel will launch on the Canalsat platform France this week.

Sundance Channel Global will launch tomorrow (February 9) and have indie films, and original dramas from the US AMC and Sundance cable nets including The Walking Dead and Rectify.

Jean-Marc Juramie, vice president, content & programming at CanalSat said: “Sundance Channel is a highly attractive brand with an outstanding selection of high quality independent films and exclusive series for our subscribers and filmfans.”

The French carriage deal comes soon after the news that AMC’s international channels boss Bruce Tuchman is exiting. AMC is not expected to make a direct replacement.