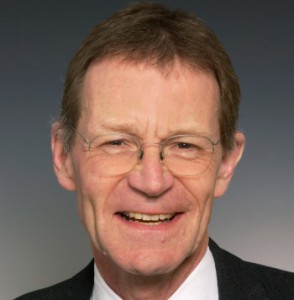 The BBC has appointed Tate director Sir Nicholas Serota to the BBC Executive board for a two-year term.

Serota is due to join as non-executive director from August 1, 2016. He replaces theatre director Sir Nicholas Hytner, who stood down on December 31.

“The BBC already showcases some of the very best of UK arts in a distinctive way and I am excited by [director general] Tony Hall’s plan to take that to the next level by creating a more open BBC,” said Serota.

“I look forward to contributing to the future of the nation’s most important cultural organisation at such a critical time for public service broadcasting.”

BBC DG Tony Hall said: “I love what Sir Nicholas has done with the Tate, working in partnership with so many others. I’m confident he’ll make a remarkable contribution to the BBC.”

Sir Nicholas Serota has been the Director of the Tate since 1988 having previously been director of the Museum of Modern Art in Oxford and the Whitechapel Art Gallery in London. Tate is a non-departmental public body and an exempt charity that runs the Tate Britain and Tate Modern galleries in London, and Tate art galleries in Liverpool and St Ives.

The BBC Executive Board made the appointment following approval of the BBC Trust.