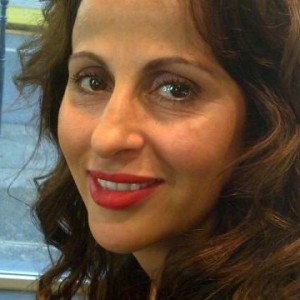 Cable and telecom investor Altice has named Nora Melhli as head of original creation and non-linear content, including Zive, the subscription video-on-demand service that is currently available via French operator SFR.

Mehli is the former head of drama at production company Shine France and CEO of Endemol Fiction. While at Shine France Films, she executive-produced UK-French coproduction Tunnel season 1 and 2 (broadcast on Sky and Canal+), Malaterra (France2), and the French adaptation of the UK hit drama Broadchurch.

Her responsibilities at Altice will cover all international territories including Portugal, Israel, Belgium and the US as well as France.

Cisco recently revealed that Altice was working with it to launch Zive internationally. The service was launched on SFR’s network in November via the group’s new 4K UHD gateway, La Box Fibre Zive. The service can be viewed from a variety of devices and offers a broad category mix of more than 5,000 HD shows available, with plans in place to grow this to 15,000 by the end of 2016.

The move is the latest evidence of a commitment to invest in content by Altice, which recently created a dedicated content division under NextRadioTV chief Alan Weill.

“The arrival of Nora constitutes an important step in the continued strengthening of Altice’s corporate organization and demonstrates our involvement to create leaders of content in every country where we operate. After recent acquisitions of sports rights, the partnership with NextRadioTV and the launch of Zive – the 1st SVOD service in France – the arrival of Nora illustrates, once again, the core of Altice’s strategy to provide the best in class TV content and broadband packages to its customers across the world,” said Michel Combes, COO of Altice.