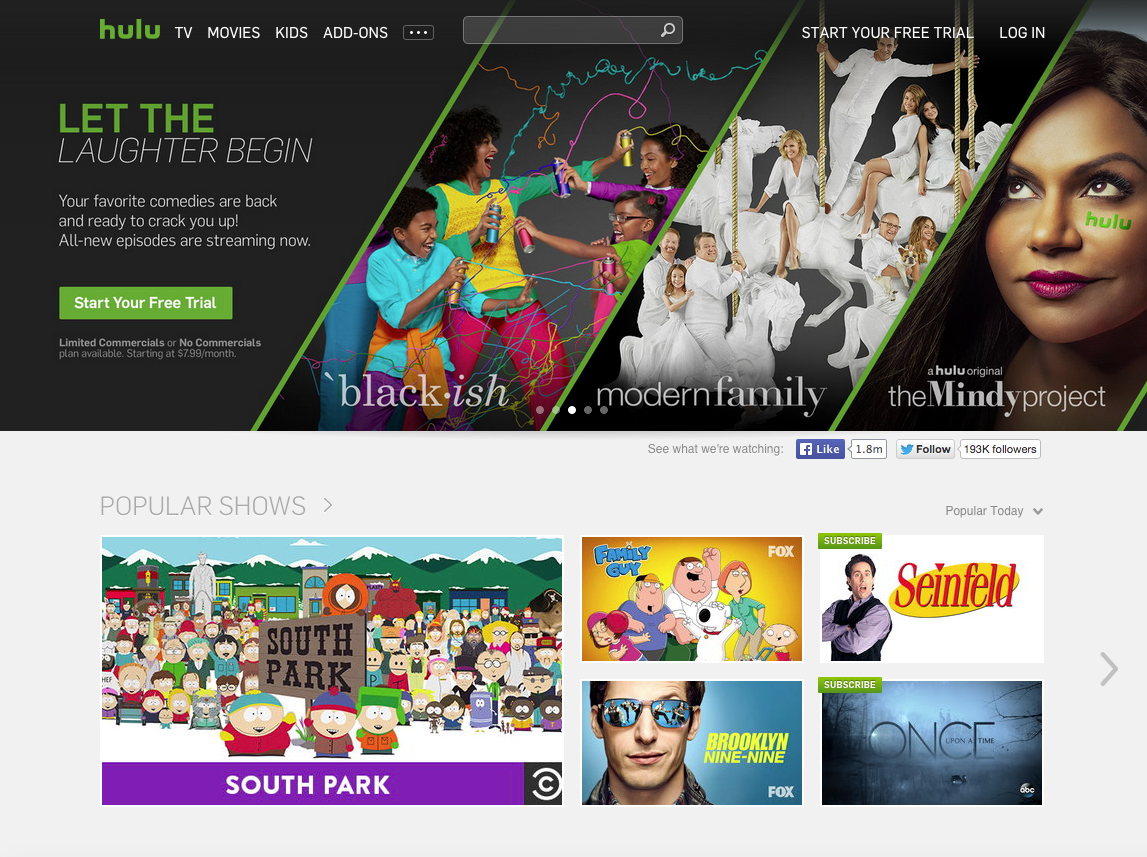 Media giant Time Warner would like to see episodes from current TV seasons taken off Hulu, according to a report in the Wall Street Journal.

Time Warner is still in the throes of discussing taking a 25% stake in Hulu and wants current installments of series taken off the US catch-up service, the WSJ said, citing people familiar with the negotiations.

It added that Hulu’s owners, which include Disney, Fox and Comcast, have no immediate plans to take down fresh episodes of current shows.

The WSJ was also the first to report, late last year, that Hulu and Time Warner were in talks. The latter owns a plethora of cable channels including HBO, TNT, Cartoon Network and TBS, but has been increasingly questioning whether channels should license content to third-party SVoD platforms in early windows.

Time Warner will not, however, make any investment in Hulu contingent upon the appearance or otherwise of new shows on Hulu, the report said.

Hulu has new programming from several broadcast nets and is also ramping up its investment in originals. At the same time it has paid big buck for classic library shows such as Seinfeld.