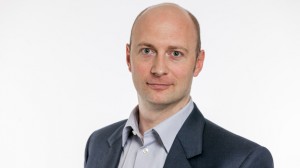 The BBC has chosen BT to provide its next-generation broadcast network, switching supplier from Vodafone-owned Atos.

The BBC said that the new, IP-based network would enable it to add extra services and capacity easily for major events and at lower cost than the current network and would also make it easier for the BBC to launch data-heavy formats like UHD TV and 360° TV.

The contract is worth £100 million (€130 million) over seven years, with an option for the BBC to extend this for a further three.

The network will ink all BBC UK sites, including 21 broadcasting centres and local radio stations, as well as connecting to the main overseas bureaux and partners for playout of the BBC’s TV channels. It will carry all video, audio and data traffic, as well as fixed line telephony, ISDN and broadband services.

The network will be operated by BT Media and Broadcast as part of the BBC’s Aurora Programme of re-sourcing core technology services as its current contract expires in April 2017.

The BBC said that Vodafone would continue to have an important role in providing the BBC with a key data centre, telephony services and additional connectivity in London.

“This is an important step towards building an internet-fit BBC and will allow us to provide more interactive and personalised content in the future. At a time when the BBC faces serious financial challenges, it will also save us tens of millions of pounds so we can focus more of our money on the programmes and services for licence fee payers,” said the BBC’s recently appointed CTO, Matthew Postgate.

“We are delighted by the BBC’s decision to choose us as their next generation broadcast network partner. Both of our organisations have a vital part to play in making the best use of advanced technology to support and enable the ever-accelerating evolution of broadcast media,” said Mark Wilson-Dunn, global vice-president of BT Media and Broadcast.