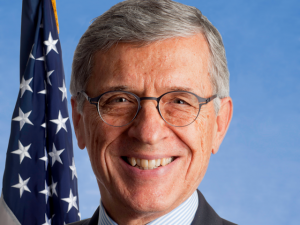 The FCC has outlined proposals that could allow US pay TV customers to use software, devices and other solutions to access content instead of traditional set-top boxes.

Federal Communications Commission chairman Tom Wheeler said that the proposal would “tear down anti-competitive barriers” and “unlock the set-top box”, paving the way for new offerings to compete with the STBs that most pay TV customers must lease today.

“This proposal is about one thing: consumer choice. Consumers should have options created by competition,” according to Wheeler’s proposal.

The plan would create a framework for that would give innovators, device manufacturers and app developers the information they need to develop new technologies. Consumers would then be able to choose how they access their Multichannel Video Programming Distributor’s (MVPDs) video services.

“Conusmers should be able to have the choice of accessing programming through the MVPD-provided interface on a pay-TV set-top box or app, or through devices such as a tablet or smart TV using a competitive app or software,” according to the FCC.

The proposal claims that the average US pay TV household must pay US$231 a year to rent set-top boxes, with lack of competition producing few choices and high prices for consumers.

Since 1994 the cost of cable set-top boxes has risen 185%, while the cost of computers, televisions and mobile phones has dropped by 90% it added, citing recent analysis.

The FCC regulates interstate and international communications by radio, television, wire, satellite and cable. The Commission is due to vote on Wheeler’s proposal on February 18.