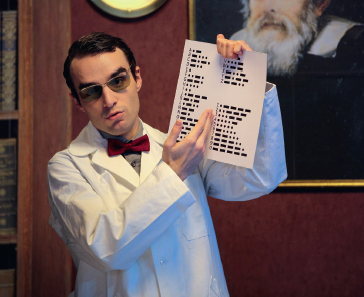 Mon Science et Vie Junior is being created in partnership with Italian publishing outfit Mondadori and is based on a magazine of the same name, which sells about 170,000 copies a month in France.

The service, aimed at 12-15 year-olds, will launch with operator Orange in mid-February as part of its Family Max bouquet, and with Bouygues Telecom in March as part of its Basic Miami Box service.

Mon Science et Vie Junior comprises a linear channel and subscription video-on-demand service. Users can create their own profile and watch shows according to their preference. The service will also include a recommendation engine that will highlight shows according to users’ previous viewing habits.

The service will offer short-form programming for the most part. Shows will include Les Chronique de Dr. Nozman, about inventions and 20th Century technology innovations, Le Bonne Leçon de M. Kapich, which is designed to enable kids to learn and memorise simple concepts and take on challenges and 3D science programme La Tour Des Sciences.

Other flagship shows will include Origines, about the origin of technologies and inventions, Précision: Comment Tout Mesurer? About scientific experimentation and measurement and Les Miracles du Quotidien, about how everyday objects and materials have changed people’s lives.

Separately, AB Group is also launching true crime channel Crime District in February. The service will be available on Orange’s platform as of mid-February. Shows include I Survived and The First 48.