Cross-party report calls for BT to sell off Openreach 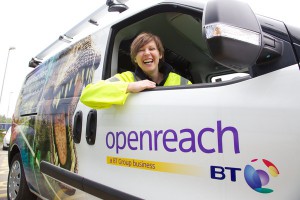 UK operator BT should be forced to sell off its infrastructure arm Openreach to encourage “more competition and a better service for every internet user”, according to a new report.

The cross-party ‘Broadbad’ study, backed by 121 UK members of parliament, highlighted “serious problems” in the UK broadband network and called for an end to inconsistencies in service that mean millions people experience “slow or non-existent connections”.

The study, published by the British Infrastructure Group (BIG), said that with the UK economy now so reliant on internet infrastructure “our future is being held back by systemic underinvestment stemming from the ‘natural monopoly’ of BT and Openreach.”

Led by former minister of state at the Department for International Development, Grant Shapps, BIG argued that there are still 5.7 million people in Britain that “cannot access the internet at the Ofcom required 10 Mbps” – despite £1.7 billion of taxpayer money being used to subsidise the construction of high-speed broadband.

The study urged UK broadcast regulator Ofcom to take “radical action” and said the country should “stop being held back by BT’s lack of ambition and underinvestment”.

“We believe that Britain should be leading the world in digital innovation. Yet instead we have a monopoly company clinging to outdated copper technology with no proper long-term plan for the future. We need to start converting to a fully fibre network so we are not left behind the other nations who are rushing to embrace digital advancement,” according to the report.

BIG called for a formal separation of BT from Openreach, combined with fresh competition and an ambition to create “the broadband service that our constituents and businesses so rightly demand.”

BT hit back at the findings, describing the report and its recommendations as “misleading and ill-judged”.

A BT spokesperson told DTVE: “Independent data from Ofcom, the EU and others repeatedly place the UK number one for broadband and superfast broadband when compared to other large EU countries. 90% of UK premises can already access a fibre optic broadband connection. That will soon climb to 95% and above.

“We understand the impatience for progress to be even faster, but improving broadband is a major engineering project that involves contending with all manner of physical and geographic challenges.

“The idea that there would be more broadband investment if BT’s Openreach infrastructure division became independent is wrong-headed. As a smaller, weaker, standalone company, it would struggle to invest as much as it does currently.”

Openreach was created 10 years ago to house BT’s local access network business, which can be accessed by third-party service providers in a regulated market.

The division has recently been in the spotlight in the shape of regulator Ofcom’s digital communications review, with rivals including Sky alleging poor service and slowness in investing in ultra-fast networks, and calling for the unit to be split off from BT.

BT says it is planning to bring ultra-fast broadband access to 10 million UK home by 2020, with the majority of homes to be connected by 2025.