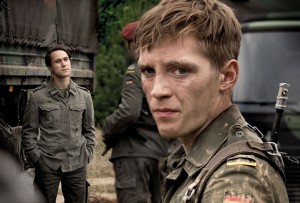 According to the UK broadcaster, the 11 titles currently available on Walter Presents – which launched on January 3 – have now attracted 1.1 million views on Channel 4’s on-demand platform All 4.

So far German spy drama Deutschland 83 has been the most popular title on Walter Presents, followed by Danish thriller Heartless and French political drama Spin in second and third place respectively.

Channel 4 claims Deutschland 83 was the “highest rated foreign-language drama in UK TV history” after recording a consolidated audience of 2.5 million viewers across TV and online for the first episode.

“Walter Presents has captured viewers’ imaginations in the most wonderful way. It’s thrilling to see so many people finding the best of world drama on 4,” said Channel 4’s chief creative officer, Jay Hunt.

The free, ad-supported service is the product of a partnership between Channel 4 and Global Series Network (GSN) and will offer a “constantly evolving and expanding” slate of foreign dramas, chosen by Walter Presents curator, Walter Iuzzolino. Channel 4 said the service will eventually host more than 600 hours of box-set drama.