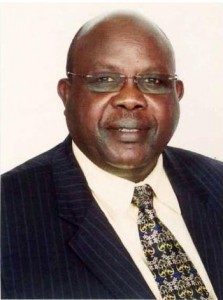 The Kenya Film Classification Board (KFCB) has threatened to block Netflix in the country, claiming the SVoD service is a “threat to our moral values and national security.”

At a press conference KFCB chairman Bishop Jackson Kipkemoi Kosgei said Netflix must be subject to Kenya’s rules and regulations and called for negotiations to be held, claiming that the KFCB had legal grounds to try and block the service due to the nature of the content currently available on the service.

“The Kenya Film Classification Board holds the view that by failing to conform to ratings and classification regulations, as provided in the law, [the] Netflix film streaming service remain a threat to our moral values and national security,” said Kosgei, reading a prepared statement.

“The board notes with great concern that the films being circulated on the Netflix’s platform are classified and rated on the basis of guidelines enforced in other jurisdictions which are totally at odds with Kenya’s regulatory standards.”

The KFCB claimed that some of the content on Netflix deemed suitable for 13-year olds contained “classifiable elements such as extreme violence, nudity, promotion of irresponsible sexual behaviour, inappropriate language and drug abuse.”

The board said that by Kenyan law it has the authority to regulate the creation, broadcast, possession, distribution and exhibition of audio-visual content in the country, and that moral and legal considerations must outweigh other interests.

“The board holds the view that in this era of global terrorism, including broadcast over the internet by terrorist entities, vigilance is the price of safety and prevention,” said Kosgei.

“As a progressive country, we cannot afford to be passive recipients of foreign content that could corrupt the moral values of our children and compromise our national security.”

Netflix launched in Kenya earlier this month as part of its expansion into 130 new countries – giving the service a near-global footprint, with China the notable exception to its international reach.

Netflix has not responded to a request for comment at the time of going to press.

UPDATE: A spokesperson for Netflix said: “Netflix is an Internet television network, not a traditional broadcaster. Services delivered over the Internet present all sorts of novel questions for policymakers. To watch anything on Netflix, consumers have to subscribe. We empower consumers to make smart viewing choices by providing details on the titles on Netflix, including ratings and episode synopses. We also provide parental controls.”