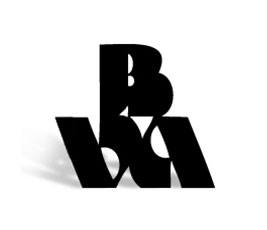 Digital revenues from services like Netflix, Amazon Prime and Sky Store exceeded £1bn for the first time last year, according to new research.

The UK’s Entertainment Retailers Association (ERA) claims that it is “almost certain” that video will become a majority-digital business in 2016, after digital video revenues grew by 30.3% year-on-year in 2015.

Last year, total UK video revenues came to £2.24 billion, up 1.5% year-on-year, according to figures compiled by IHS on behalf of the British Video Association (BVA). Of this, digital video accounted for £1.085 billion, physical retail for £1.075 billion and physical rental for £76.9 million.

The BVA said the figures marked a “tipping point” for the uptake of digital video services with 2015 marking the first year that the UK video industry went “truly multichannel”.

However, it also said that the research underlines the UK’s “ongoing love affair with discs”. According to Official Charts Company data, DVD and Blu-ray combined sold nearly 119.6million copies and represented 48% of the total home entertainment market value (£1.1bn) as consumers “continued to value the convenience and quality of physical media.”

“2015 was another strong year for the audio visual industry which defied the odds of economic uncertainty and technological change to deliver brilliant entertainment on which people spent their hard-earned money,” said Liz Bales, CEO, BVA and Industry Trust for IP Awareness.

“Despite the much suggested decline of discs, these latest figures showed that the format continues to be popular with consumers who are buying more than 320,000 discs every day. These figures, while lower than previous years as people access content in many different ways, suggest there are still plenty of reasons to be optimistic about the success of both DVD and Blu-ray for years to come.

Overall the ERA said that the UK’s combined games, video and music markets reached an all-time high of £6.1bn in 2015, thanks to surging digital revenues.

ERA CEO, Kim Bayley said: “Ten years ago the entertainment business was on the edge of a precipice. Piracy was rampant and there were few legal alternatives. Thanks to huge investments by the likes of Apple and Steam and Netflix and Spotify, there has been a significant turnaround.”