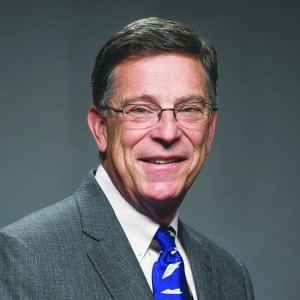 The networks business, telco TV and OTT are among the key growth opportunities that Arris expects to be better placed to take advantage of as a result of its acquisition of Pace, according to chairman and CEO Bob Stanzione.

In a wide-ranging interview with DTVE after Arris closed its £1.4 billion (€1.9 billion) acquisition of the UK TV technology company, Stanzione said that the acquisition would enable Arris to expand its presence in the telco TV sector along with the satellite TV sector, and would help expand its presence in markets outside North America including Asia, Latin America and Europe.

“In most categories we will be the global leader,” said Stanzione. This will include the consumer premises equipment business. “We don’t think the set-top business is a rapid growth area but we believe there is an opportunity [related to] upgrading the deployed base,” he said. Legacy boxes will be replaced over the next few years by more advanced devices with WiFi built in. “We do believe service providers are going to have to continue to invest in new versions of in-home devices,” he said.

Stanzione said that Arris plans to launch a new DOCSIS 3.1-based CPE platform this year that will be backward compatible with existing devices.

Stanzione said that building the combined company’s strength in the HFC and optical networks business is “one of our strategic objectives” and a “real gem” among the various business lines in which the two companies have been involved. He said that there had been concerns that Arris would be forced to divest some of its assets in this area to secure approval for the merger, but that there had, in fact, been no significant measures imposed involving the divesting of business lines.

“There is a good opportunity in networks and software – that is where we see the biggest growth opportunity,” he said.

Pace will also strengthen Arris’s ability to target the telco market, where it is “not as strong” as in cable, said Stanzione.

Other growth areas identified by Stanzione for Arris – which could involve further acquistions as well as investment in R & D – include service provider WiFi.

With the Pace acquisition set to be “accretive from the start”, generating an expected US$0.65-0.75 in non-GAAP earnings per share in the first year, Stanzione said that the combined company will have “strong resources to invest through to R & D and future mergers and acquisitions”.

Stanzione said there had been significant changes in the market since the acquisition was announced last April – including the failure of the Comcast-Time Warner Cable merger, the conclusion of the acquisition of DirecTV by AT&T and the entry of Altice into the US cable market. The strength of the US dollar had also put pressure on the business. However, he said, the changes had “not made the deal less attractive, but have maybe made it more attractive”.

Overall, Stanzione said he believes that the pay TV market will continue to grow, with promising signs emerging even in the challenged US market where Time Warner Cable has seen TV subscriber growth in recent months and where demand for bandwidth is continuing to boost the service provider business generally.

“We think the business is continuing to grow because people are consuming more and more bandwidth every day. The growth in internet traffic driven by OTT is breathtaking. Service providers are competing and are having to invest in their networks. It is almost a necessity for them. We don’t see the business contracting,” he said.