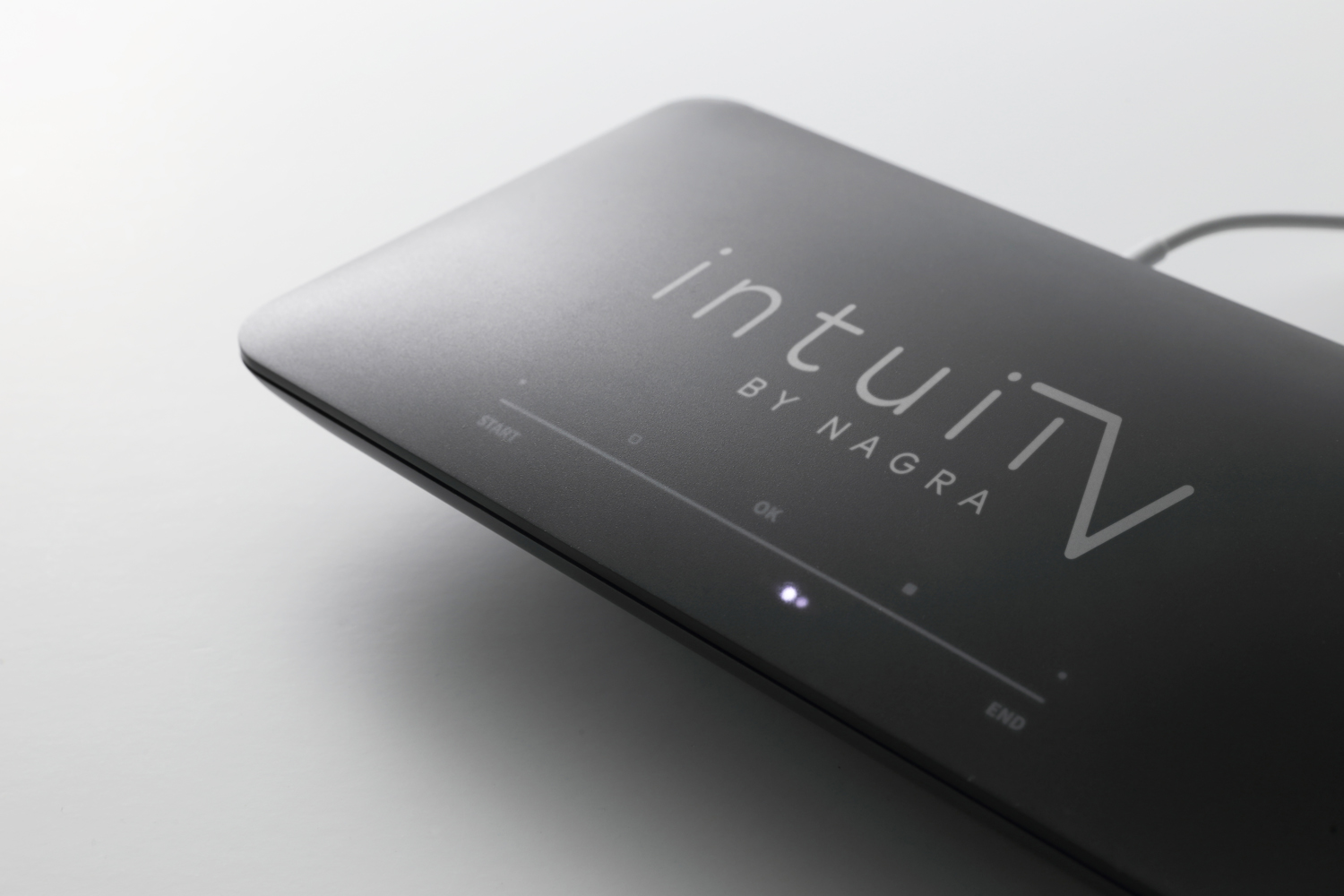 TV technology provider Nagra has used CES to launch a new managed cloud-based OTT TV platform, intuiTV, based on its own user interface and hardware.

According to Nagra, intuiTV will be offered to pay TV operators as a managed cloud-based platform that can be configured with a line-up of live TV, video-on-demand, subscription video-on-demand, DVR and social TV.

Nagra is offering a zoomable user interface and hardware provided by its SmarDTV unit as well as content security, streaming and cloud technology. The company is also providing a touchscreen remote control for the service that features a ‘swipe-to-tune’ feature as well as viewing history, trending programmes and new content.

“We decided to create a managed OTT TV platform with UHD capability,” Anthony Smith-Chaigneau, senior director, product marketing at Nagra told DTVE. “We looked at it with a B2C hat on and built a B2B2C product. This is a next-generation OTT TV platform for a pay TV operator with popular services like Netflix, YouTube and live TV, with catch-up TV and network DVR. The box is very beautiful and it uses a swipe remote control. The interface is beautifully executed. It is a partly managed cloud-based system with one UI and one set top box that is designed to try to keep the viewer in the pay TV domain. It can bring you all live, premium pay TV and streaming services in one box.”

Smith-Chaigneau said that intuiTV is a “turnkey solution” with a UI that is designed to provide a seamless integration between apps and live TV that maintains the look and feel of a pay TV service. An additional dongle will be available to enable users to configure the streaming box as a satellite or cable receiver.

The UI can also be transferred as an app to a smartphone or tablet, and could also be used via a standard remote control.

Nagra has also teamed up with a number of content providers such as Vevo to provide apps.

Smith-Chaigneau said that Nagra would focus on marketing the device to tier one operators initially, although he said it could also be of interest to smaller operators. He said that the box could be used as the “principal device” by pay TV operators or as an additional service on the model of Sky’s Now TV to provide skinny bundles to a new class of subscribers.