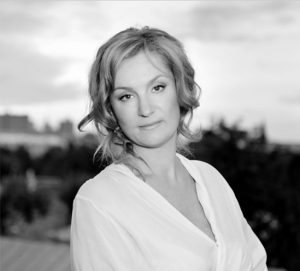 The Russian government has given the green light to CTC Media’s planned sale to UTH Russia-affiliated UTV Management.

The Russian Government Commission responsible for the Control of Foreign Investments in the Russian Federation approved the deal, while CTC Media’s largest stockholder, MTG Russia, has also backed the sale in a proxy vote ahead of a special meeting of stockholders in London this week.

Announcing the news, CTC Media CEO Yuliana Slashcheva urged the company’s remaining shareholders to back the deal, in order for CTC to fall in line with new Russian regulations about foreign ownership of media companies.

“We would like to remind you that the company will not be able to complete the sale or the merger unless we receive the affirmative vote of the holders of at least 50% of our outstanding shares of common stock,” said Slashcheva in a statement addressing shareholders.

“If we do not obtain the requisite vote, the sale will not close. If the sale transaction is not approved and does not close by the end of the year, we expect that our operating business will not comply with the foreign ownership restrictions of the Mass Media Law as of January 1, 2016.”

The CEO warned that if the deal isn’t approved then CTC may not be able to arrange an alternative transaction by the end of the year.

“A failure to vote has the effect of a vote against the sale and the merger,” said Slashcheva.

CTC entered a definitive agreement to sell a 75% stake in its operating businesses to UTV Management for US$200 million (€178 million) in cash back in September. MTG, which holds a 38% stake in CTC, indicated early on its support for the deal, which was motivated by foreign ownership restrictions imposed by the Russian government.

Russian president Vladimir Putin signed an amendment to the Russian law on mass media at the end of last year that will limit foreign ownership of media companies in Russia to 20%, down from the current limit of 50%. This will apply to both existing and future foreign ownership and comes into effect on January 1, 2016.