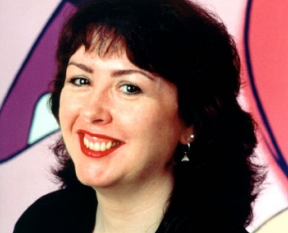 McCann has been Nick UK’s managing director for the past five-and-a-half years, but is exiting to resume work as a freelance executive coach and media consultant.

Nick UK’s viewing share has grown for the past five years under McCann’s leadership, during which time she has commissioned shows such as Lily’s Driftwood Bay and Puffin Rock and launched mobile streaming service Nick play.

McCann joined Nick from Turner Broadcasting System in April 2010 as MD and senior VP, replacing the departed Howard Litton. She had been at Turner since 1993, rising to SVP and generalmanager of EMEA.

Her replacement, Bakunowich, has been VP, editorial since September, having previously been VP, creative, marketing and communications since April 2011. She has previously held roles at Fairfax Media and Publicis in her native Australia.

“Tina has been an outstanding leader for Nickelodeon UK and is handing over on an amazing high. Alison has been absolutely integral to Nickelodeon’s competitive success in recent years,” said David Lynn, president, VIMN UK, Australia and eastern Europe.

“gThe shareholders are delighted to have such a dynamic internal candidate with obvious passion for and understanding of Nickelodeon’s brand and content to ensure a smooth succession for the business.”

The Nick UK change mirrors that ofNick in the US in August 2012, where marketing chief Russell Hicks was named president of content development and production.

In related news, Nick US has commissioned Bunsen is a Beast!, a 20-part animated comedy from Butch Hartman. The shows follows the first beast to attend a human grade school.