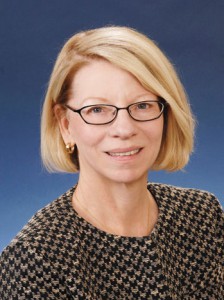 The alliance claims that plans to allow consumers to access online content acquired in one country in other European states threaten companies’ power to produce and distribute content, echoing concerns raised earlier this week by UK producers’ body PACT.

Claiming the organisation has been “active in discussions about portability since the beginning”, IFTA president and CEO Jean Prewitt said in a statement: “Our observations are that the Commission’s proposed regulation fails to address the critical concerns that IFTA has communicated to the Commission.”

The EC rules changes would likely benefit SVOD platforms such as Netflix and Amazon Prime Instant Video, which would likely see an increase in subscriptions should their locally-acquired content become available across Europe.

Many producers and distributors, however, see this as undermining their ability to monetise programming in local territories – a structure that to this point has underpinned the international TV market.

The EC has claimed access would be limited to a ‘temporary’ window, and that existing production and distribution models would be able to co-exists with the new rules, but IFTA called this notion into question.

“Specifically with respect to the need for robust authentication procedures to verify subscribers of an online service who are temporarily away from their home country, narrow parameters to define the ‘temporary’ duration and a sufficient period for implementation,” said Prewitt.

“As drafted, the proposed regulation threatens the ability to finance and produce the very films and programmes consumers want to see.  It also calls into question existing contractual arrangements that were negotiated under different circumstances.

IFTA chairman Michael Ryan, who is a partner at GFM Films, added the plans would “significantly damage” producers ability to create “commercially viable content” and that “local distributors will be forced to compete with large international online service providers”.

Earlier this week PACT CEO John McVay said: “Any intervention that undermines the ability to license on an exclusive territorial basis will lead to less investment in new productions and reduce the quality and range of content available to consumers.”