PwC: Cord-cutting reaches 16% in the US 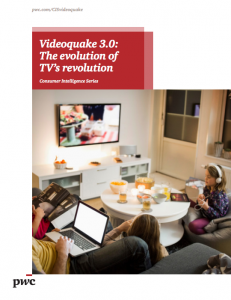 Traditional media “is being tested like never before” according to new research that shows 16% of US consumers surveyed have ditched pay TV this year, and 23% have scaled down their subscription.

About a fifth of consumers surveyed in the latest PWC Videoquake 3.0 report added they plan to cut the cord this year in what will be worrying news for the traditional cable and satellite firms. Cost was cited as the main reason for churning.

PWC also shed light on the number of ‘cord nevers’, the group that has never bought a pay TV package. The bulk of this group are millennials, those aged 25-to-34. Looking at the behaviour of younger demos, PWC said 18-to-24s are much more likely to be cord nevers than cord cutters.

“Younger consumers don’t see their cord-never approach as sacrificial—to them, there’s nothing that they can’t get elsewhere,” PWC noted. “Their world has been shaped by on-demand streaming, and they’re betting on it to provide all the content they desire.”

PWC said 78% of survey respondents take an SVOD service – and 70% of pay TV subs also pay for a streaming service.

Consumers also want to customise their paid-for TV services, favouring an a la carte model. The majority also appeared to agree with John Landgraf’s assertion that there is too much TV at the moment, with hundreds of channels and more original drama and entertainment series than ever before.

In our research, consumers echo Landgraf’s sentiment,” PWC said. “Across all groups—from loyal pay TV subscribers to cord nevers—consumers agreed that “the amount of TV content is overwhelming.”