More than half of online video watched on mobile in Europe 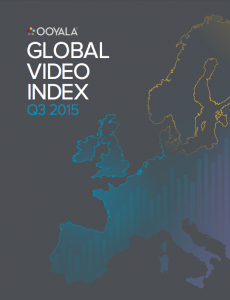 Europe has moved “aggressively into mobile” with more than 53% of all online video views now taking place on mobile devices, according to Ooyala.

The research said that this move away from viewing content on traditional screens to “watching content on whatever screen is most convenient” was being led by millennials.

In the UK and Ireland mobile and tablets combined accounted for for just over 66% of all online video plays – more than double the amount of mobile plays in Sweden and France where desktops still dominate, according to Ooyala.

With the exception of Great Britain, tablet consumption still falls “well behind smartphones”, averaging out at around 5% of consumption in Europe. In the UK it is 10%, the research noted.

On a global basis, smartphone views made up 88% of mobile video views during the quarter, compared to just 12% for tablets, while Q3’s overall mobile video share was up 50% in the past year.

“Leading into 2016, it’s abundantly clear that video – both delivery and advertising – is scaling massively across all screens,” said Jonathan Wilner, vice president of product and strategy for Ooyala.

“For premium content providers the major opportunity today is getting smarter about their video strategy. Video providers need to know to leverage timely events, tap into new advertising technology, understand how their audience is engaging with content and optimise their video business accordingly to maximise returns.”