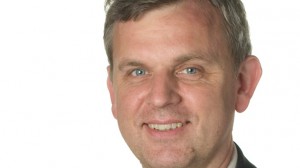 Extending HbbTV to vertically integrated operator environments including IPTV is among the priorities for future development of the specification, according to Klaus Illgner, chairman, HbbTV Association.

Speaking at the HbbTV Symposium in London today Illgner said the development of companion screen services, and enabling the triggering of apps in environments where there is no trigger within a broadcast signal available, were also priorities.

The group is moving away from CE-HTML to HTML5, which is “really the technology of today” and simplifies app development, according to Illgner, with the new spec now including support for HEVC and subtitling – including for on-demand content.

Illgner said HbbTV is now well established in the broadcast environment, and the association is working on its implementation in the IPTV environment. The latest version of the spec, HbbTV 2.0, has been developed with operator and vertically integrated platforms in mind, he said.

Priorities include application discovery outside of broadcast environments, implementation in multicast environments and the development of HbbTV apps in a broadband environment. Coexistence of broadcaster and operator apps and interoperability between the two is also an area where further work is needed, said Illgner.

He revealed the HbbTV Association is also looking at how HbbTV could be adapted to different national requirements and how it could support smart TV and manufacturer-defined portals. Internet connectivity is now so bound up with the TV experience that HbbTV needs to embrace OTT applications, said Illgner. He said that HbbTV can also be adapted for commercial services, with support for advertising insertion, for example.

Currently, signalling in the broadcast stream kicks off applications. The HbbTV  Association is looking at how to enable this if the broadcast trigger is absent. There is also an effort underway to consider specific local requirements to see what should be developed within the common platform, said Illgner.

Speaking after Illgner, Rob Koenen, principal architect at Netherlands-based TNO, said that application discovery over broadband would be implemented soon within a new HbbTV specification. The group had decided to let the TV discover where to retrieve the app via the internet, using a solution that been modelled on RadioDNS, which allows digital radios to discover additional information that goes with radio programmes. “We built a spec based on what RadioDNS has done,” said Koenen.

Matthew Huntingdon, CTO of Freesat and representative of the Free TV Allicance, combining Freesat, HD+, Fransat and TivuSat, also speaking in the morning session, said that free-to-view operators had developed branded TV guides while trying to maintain a horizontal supply chain, based on retail.

Huntingdon said that branded TV guides encourage viewer loyalty and deliver a compelling look and feel that can be tailored to specific country requirements. Operators are also more committed to long-term development and consistent customer support than TV manufacturers. Huntingdon said that IPTV operators had also had problems developing standard ways of delivering their services to integrated digital TVs, and these could be helped by branded guides.

He said that the HbbTV steering board recognised that some applications are not supported by the existing specification. Work on this is set to be completed by the middle of next year. The board is working on requirements for standard, privileged and operator specific needs. For privileged and operator specific apps, there will be an agreement between the operator and the manufacturer. Operator specific requirements will typically be implemented via a set-top box, while ‘privileged’ requirements, which could cut across a number of different operators, could be implemented within TVs.

Friedrich said that HbbTV needed to address migration of viewing to mobile. He said the HbbTV second screen initiative could create a common European framework for casting content from second screen devices to TVs. Fredrich said that there is a need for work on cloud-based services such as cloud DVR.

Friedrich said that there is also a need to align work on all web-related aspects of HbbTV with the W3C’s web and TV framework, as the work of the W3C is setting the pace.