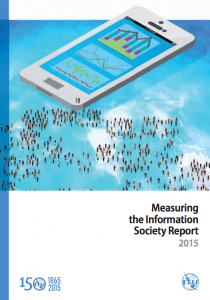 Some 43.4% of the world’s population, roughly 3.2 billion people, are now online according to the International Telecommunications Union (ITU).

The ITU’s ‘Measuring the Information Society Report’ predicts that by the end of the year, 46% of households globally will have internet access at home, up from just 30% in 2010.

“In the developed world, 81.3% of households now have home internet access, compared to 34.1% in the developing world, and just 6.7% in the 48 UN-designated Least Developed Countries,” said the ITU.

In terms of mobile coverage, the report says that more than 95% of the global population is now covered by a mobile-cellular signal, representing almost 7.1 billion people worldwide.

This means that there are still an estimated 350 million people worldwide who are not in reach of a mobile network – down from 450 million a year ago.