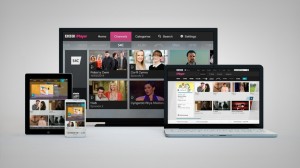 The BBC reported 255 million requests for TV programmes on the iPlayer in October, up by 15 million compared to the same month a year earlier.

In its iPlayer Monthly Performance Pack, the BBC said that “as the nights draw in, TV increases in appeal” with requests for both TV and radio shows coming to a combined 313 million for the quarter.

There was an average of 10.1m daily requests for content on BBC iPlayer in October – 8.2 million for TV programmes and 1.9 million for radio. This compares to 7.7 million TV and 2.6 million radio requests in October 2014.

The BBC said that for TV programming there is a “seasonal pattern” for iPlayer viewing, with the highest activity in autumn and winter – “however, major events and schedule variations cause significant monthly differences.”

The latest iPlayer report said that TV requests were up by 50 million compared to June this year.

Across TV and radio, requests from computers, mobiles and tablets all increased this month – up 5%, 9% and 8% respectively.

In terms of the most popular TV programming, The Apprentice was the most watched show on the iPlayer in October, followed by Doctor Foster. Episodes of Great British Bake Off also made the top 10.

The BBC said that “data issues” prevented it from publishing an iPlayer report in September.