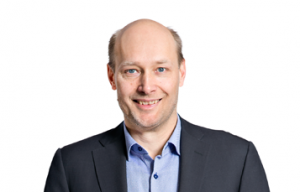 Net Insight has signed up India’s Tata Communications as the first public customer for a new live OTT platform that it says will revolutionise the way OTT services are perceived.

The two companies have signed a framework agreement covering the use of Net Insight’s platform, which enables Tata Communications to integrate it in its media ecosystem, including its Video Connect service, underpinned by the company’s global network. This will allow Tata Communications to provide its media and entertainment customers with a range of live OTT content management and delivery services, according to the companies.

Net Insight says that its live OTT solution, unlike previous attempts to deliver live content over the top, does not suffer from any latency, enabling synchronisation of OTT and broadcast streams and synchronisation of video on different devices and networks.

Per Lindgren, Net Insight co-founder and SVP, strategy and business development, told DTVE that previous attempts to deliver live OTT suffered from CDNs being optimised for catch-up and video-on-demand content. Net Insight has created a “virtual CDN optimised for live delivery and ingest,” he said.

The technology makes use of existing data centres or off-the-shelf servers, while a client SDK is available for enabling integration of the solution into existing iOS and Android apps.

As well as enabling simultaneous live deliver over OTT networks, the Net Insight solution facilitates fast channel change, allowing users to swipe between channels on a tablet, for example, as well as to ‘cast’ channels from a tablet or smartphone to a TV screen.

“We have made channel change faster an more intuitive , allowing users to swipe channels faster than any kind of digital TV system today,” said Lindgren.

The solution can be used to harmonise TV and second-screen devices, enabling a greater degree of interaction, facilitating revenue earning services on the second screen device, according to Net Insight.

“We rebuilt the CDN structure form the bottom up,” said Lindgren. He said that the company had optimised the way data is delivered to create “a streaming rather than a file-based service” that avoids any buffering.

Net Insight CEO Fredrik Tumegård said that the technology could unleash new business opportunities for OTT content, particularly in the field of live sports. He pointed to the example of second and third tier sports that are poorly distributed over pay TV today, but which could achieve global distribution to niche audiences via OTT.

The system is currently available for iOS and Android devices, and will be released commercially as version 1.0 in the first half of next year.