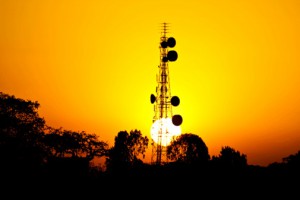 The Broadcasting Authority of Zimbabwe (BAZ) has agreed a three-year contract with Eutelsat Communications for capacity that will help accelerate the country’s transition to digital TV.

BAZ has leased Ku-band capacity on the Eutelsat 3B satellite, which it will use to deliver 12 free-to-view channels nationwide to a network of 48 digital terrestrial television (DTT) transmitters.

The new service is currently being tested and is due to launch in the first quarter of 2016.

The project is being managed by BAZ, which is also working with the country’s national signal carrier Transmedia; state broadcaster ZBC; and set-top box and digital equipment provider Huawai. The latter will also uplink the digital multiplex from BAZ’s teleport facilities in Harare to the Eutelsat 3B satellite.

“Access to Eutelsat 3B will transform our country into a nationwide provider of digital broadcast services. With this Eutelsat partnership and our project partners, the stage is set for Zimbabwe to accelerate the transition from analogue to digital TV in order to deliver improved service to viewers nationwide,” said BAZ’s CEO, Obert Muganyura.

Michel Azibert, Eutelsat’s chief commercial and development officer, added: “This contract with the Broadcasting Authority of Zimbabwe marks a first step in our involvement in Zimbabwe’s digitisation process and reflects the increasing contribution of satellite to rapid and efficient digital transition.