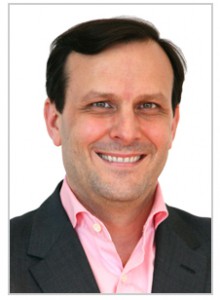 Netflix has taught the slow-off-the-mark pay TV industry the value of over-the-top video, but will not be one of just a few sole players in this space in the future, according to Liberty Global’s Jim Ryan.

Speaking at the OTT TV World Summit yesterday, Liberty Global SVP and chief strategy officer Ryan said that while Netflix’s consumer appeal is “enormous” the OTT space would not revolve around just a handful of key online content providers.

“The one thing that Netflix taught us – all of us who are in pay TV – is we were really slow off the mark with this and consumers love this product and they want this product.”

Ryan said that with Horizon Go and UPC MyPrime, Liberty Global is developing its OTT offering and plans rollouts to all of its 14 European markets.

As a free addition to the pay TV bundle, he added that it can compete with the Netflix’s cheap pricepoint – which is a major draw for the service.

“The real angle, we think, is they’ve shone a light on how consumers want to consume content, rather than what the content is they’re consuming. So it’s a good lesson for all of us slower pay TV operators to up our game and develop similar platforms so that we can offer it to the consumer.”

Ryan said that he believes OTT is a “complimentary product” to its main pay TV ecosystem and played down the threat of losing business to online rivals, pointing out that not all of Netflix’s 40 million US customers were “cord shavers”.

“For our customers, we think we have a very natural competitive advantage, because we already have a very strong relationship at home in the video space,” said Ryan, describing Liberty’s “seamless” OTT offering of linear channels and on-demand content.