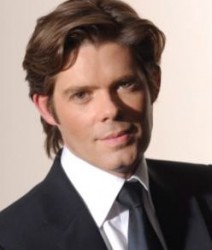 Euronews’ new Africanews channel is due to launch across Africa on January 4, the company announced at Discop Africa.

The Congo-Brazzaville-based, pan-African news channel, which Euronews first announced in January, will be dedicated to sub-Saharan African and be available in English, French and partially Swahili.

Presenting the concept, vision and the mission of Africanews at Discop in Johannesburg, Michael Peters, CEO of Euronews and Africanews, said that there was a gap in the market for unbiased, Africa-originated news.

“Africanews is not ‘Euronews Africa’. Editorially independent from Euronews and from any political or ideological agenda, Africanews is designed as the first pan-African multilingual news service,” said Peters.

The channel will employ a team of 85 professionals from 15 nationalities, with Peters describing an “unprecedented network of journalists all across the Sub-Saharan continent.”

Africanews will be aired on the SES 4 and 5 Ku band satellites, providing a footprint over the whole Sub Saharan Africa. It will also be available around the world via Africanews.com.

The delayed channel was originally slated to go live this summer.