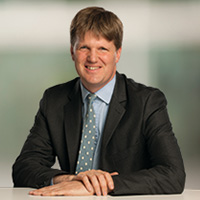 BBC Worldwide is pushing ahead with its plans to launch an OTT service in the US, but will not be partnering with BBC America partner AMC Networks.

David Moody, director of strategy at the BBC’s commercial arm, told a London Westminster Media Forum conference focused on the future of the BBC that the commercial arm of the UK public broadcaster will push ahead with plans to “put its toe in the water” with the US OTT service.

The OTT launch was first mentioned by BBC director general Tony Hall in late September. Speaking to DTVE’s sister title TBI at the fringes of the WMF event, Moody said the service would be run independently to the partnership with AMC.

The US cable net bought into BBC America in late 2014 and it is now run as a joint venture, but the BBC-AMC cooperation will not extend into OTT.

Moody said Worldwide wants to see what it can do outside of linear TV in the US and has moved beyond evaluating whether to launch a service and has concrete plans for a roll out. “You can only find out about these things by doing them,” he said.

No branding or programming details are available, but the service will lean heavily on the huge BBC Worldwide catalogue. Moody pointed out the business has a huge library.

Separately, he told WMF delegates that Worldwide’s pledge to deliver £1.2 billion (€1.7 billion) back to the corporation over the next five years, 15% more than in the previous five years, was dependant upon the plans for a commercial production division, BBC Studios, being approved, and for there being no change to Worldwide’s ownership.

“Going forward we have an ambitious plan to grow Worldwide further,” Moody said. “We are planning to deliver £1.2 billion to the licence fee payer over the next five years. This plan is based on a continuation of Worldwide being 100% owned by the BBC and the delivery of the [BBC] Studios plan.”

Also at the there were calls at the WMF event for Worldwide to be more transparent in its accounting.

Adam Minns, executive director of the Commercial Broadcasters Association (COBA) told delegates that the BBC needed to be more open in its accounting in order to ensure it is doing all it can to maximise returns to the Corporation.