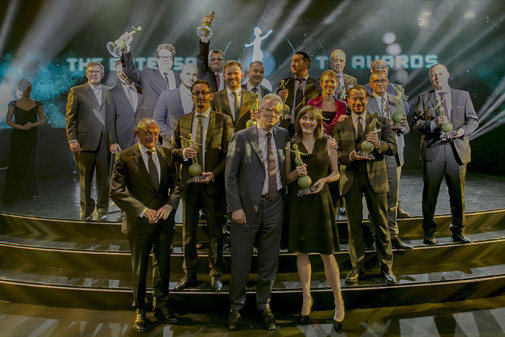 FilmBox Arthouse, Trace Sports Stars and Sky Atlantic HD were among the winners at the Eutelsat TV Awards in Rome on Friday evening.

The People’s Choice award went to Al Jazeera Balkans from Bosnia & Herzegovina. Eutelsat also presented an award to Discovery “for 30 years in the business and for its relentless drive to generate outstanding content matched to diversified age groups, demographics and regions” and another to the Vatican’s CTV for its work in UHD.

Serbian pay TV operator SBB’s Total TV satellite platform was given award for accelerating its transition from SD to 100% HD.

The Eutelsat TV Awards is an annual competition that recognizes the quality of the channels broadcasting via Eutelsat satellites.

Michel de Rosen, Eutelsat CEO, said: “The Awards is a unique opportunity to take the pulse of our industry. We are seeing channels that have started on Internet platforms move to satellite to expand their reach. We are in awe of the bravery of reporters who confront challenging and complex subjects and we are thrilled by the outstanding technical quality achieved for live concerts, matches and documentaries. It is a privilege to salute these achievements.”